DESIGNED to champion, highlight and offer a showcase for the great and the good from the region’s food and drink industry, the Derbyshire Life Food and Drink Awards promises to be packed with excitement as we recognise the very best people and places in the local hospitality industry.

Our independent panel of judges has spent the summer assessing the contenders from the list of nominations made by you, and has recently announced the shortlist.

The judges are André Birkett, head of Chatsworth Farm Shop; Jon Hardy, owner and head chef of The Lighthouse in Boylestone; Chrissie Booth, Chairman of the Derbyshire Federation of Women’s Institutes; and Robert Stordy, former lecturer in culinary arts at the University of Derby.

Care has been taken to ensure transparency and fairness during judging and, in any categories where the judges had been nominated or had an interest, they were excluded from the decision-making process.

Reaching the shortlist in itself is a mark of excellence and the judges have stressed how competitive the categories are – testament to the high standards of Derbyshire’s hospitality industry.

The winners will be revealed at an awards ceremony held at Casa hotel in Chesterfield on 30th November. w

Visit foodawards.derbyshirelife.co.uk. Tweet us @DerbyshireLife #DLFoodAwards. Tickets for the Derbyshire Life Food & Drink Awards on 30th November are £60 each plus VAT, including a drinks reception and a three course lunch with wine. To purchase contact Natalie Loughenbury on 01332 227850 or email natalie.loughenbury@derbyshirelife.co.uk. Casa is offering readers a special room rate on the evening of 30th November of £105 (single occupancy in a deluxe room inc. breakfast). Call 01246 245999, quoting ‘Derbyshire Life’.

RESTAURANT OF THE YEAR SPONSORED BY OWEN TAYLOR & SONS

CHEF OF THE YEAR SPONSORED BY CREATIVE INTERIORS

HOTEL RESTAURANT OF THE YEAR SPONSORED BY THE AUSTIN GROUP

DINING PUB OF THE YEAR SPONSORED BY COSMO RESTAURANT

NEWCOMER OF THE YEAR SPONSORED BY ZEST PRODUCE

LOCAL PRODUCER OF THE YEAR SPONSORED BY NFU MUTUAL

FOOD PRODUCT OF THE YEAR

DRINK PRODUCT OF THE YEAR

FARM SHOP OF THE YEAR

INDEPENDENT FOOD RETAILER OF THE YEAR SPONSORED BY IMP INTERIORS

TEA ROOM OF THE YEAR

Will be revealed at the awards ceremony

Why this 5-mile scenic hike is the perfect autumn activity

5 things to see and do in Bakewell

Welcome to our brand-new Chesterfield shop - A showcase of your home, in the most beautiful way.

Spending a day in Melbourne, Repton and Ilkeston

When discussing the merits of a trip to the market town of Melbourne you could write chapter and verse about attractions close to the town’s doorstep, such as Calke Abbey, Elvaston Castle and the city of Derby, but that would be doing this quintessentially English location a great disservice.

Uncovering the secrets of Chatsworth House

Susie Stokoe, Head of textiles at Chatsworth House, offers a guided tour of a very poignant and personal family collection

Win this fabulous prize from a Devon-based supplier of quality beds and bedding who pride themselves on their expertise and the highest levels of customer service.

Derbyshire stands tall when it comes to tradition, folklore and quirky customs

4 properties with home office space for sale in Derbyshire

Working from home needn’t be a chore

Ad Feature Traditional homes or new builds: how a wood-burning stove can transform your living space

Add value to your home in more ways than one with a new wood-burning stove.

Ad Feature Rising to the challenge: how a virtual open day and private tours show the full experience of what an independent school is really like

How can a school give an authentic flavour to prospective parents and students about what the school experience is like while maintaining social distancing and embracing digital technologies?

6 waterfall walks in Derbyshire and the Peak District

A selection of walks that allow you to discover our most beautiful waterfalls.

NOTE: Safeguarding against the coronavirus is likley to be a part of everyday life for the forseeable future. We advise that two metres social distancing and checking the latest guidelines are the best course of action. 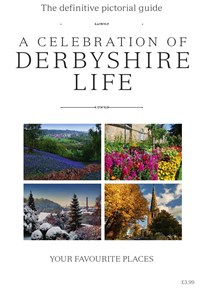 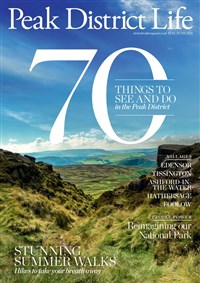 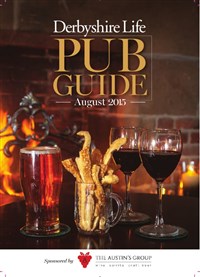 Comments have been disabled on this article.

Latest from the Derbyshire Life and Countryside

5 things to see and do in Bakewell

Spending a day in Melbourne, Repton and Ilkeston